Tour dates start tomorrow in Glasgow. Keep an eye on the shows page for new dates and ticket links. And check out the amazing tour poster below, courtesy of Alexander Hanke aka Zum Heimathafen.

Here’s a new live video of me performing the opening track from my latest release, All Together Again, at the Erased Tapes Sound Gallery in London. A few words about this piece of music:

In early 2015 I was contacted by someone in New York representing a fashion designer who was preparing a show for New York Fashion Week. They were wondering if I would play music at the upcoming runway show. I agreed straight away and began composing a 12-minute piece for the show. They had offered me a really good fee and I wanted to deliver something special. I was also intrigued by the concept, as Iâ€™d made music for lots of films and dances, even weddings, but never a fashion show . . . so I felt inspired while making the music, and eagerly sent them the result as soon as it was ready. But then there was silenceâ€¦ Were they not happy with the piece? Was the show still going to happen?

And then, just a day or two before I was supposed to fly out to New York for the show, I finally heard back from them, saying they had been very busy preparing for the show, and that actually they had never intended for me to write new music . . . instead they just wanted me to play a few older songs of mine on the piano!

What a shame, I thought! But of course I played the songs they requested, and I banished this new piece to my archives after hastily giving it the title â€˜If I Were A Runway Modelâ€™, imaginng that perhaps one day I could have my own fashion show with this music. It wasnâ€™t until I was putting together the ‘All Together Again’ album that I finally found a good home for this oddball piece. And it was only then that I tried to actually learn how to play it! You see, when I originally recorded the piece, I had it in mind that I needed to be able to play everything myself with the assistance of a couple looping pedals and some effects . . . but for the recording I took it one layer at a time, so I had never actually tried to play it! At first it seemed impossible, but after some practice, I started to figure it out. Iâ€™ve never needed so much gear just to perform a single piece . . . and because the piece requires so much extra gear, itâ€™s unlikely that Iâ€™ll be able to perform it at most of my concerts. But Iâ€™m glad we have this live video as a document to show that the piece can indeed be performed live by a single musician. 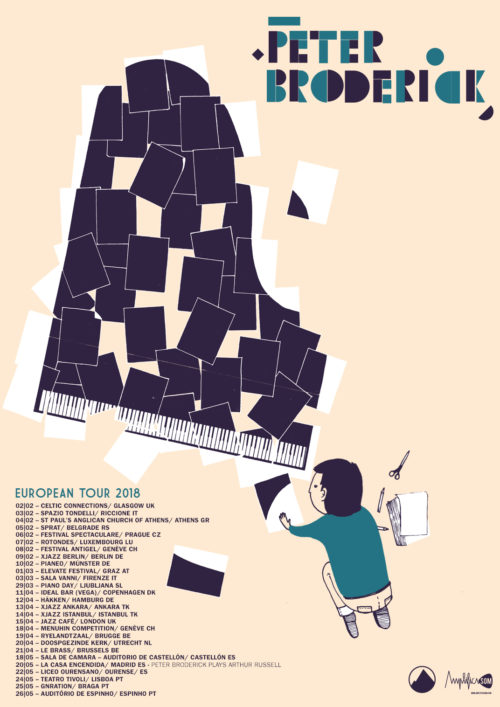