first of all i’d like to say a huge thanks to everyone who contributed to the colours of the night remix project . . . it went better than i ever could have imagined! i’ll be announcing details of the remix 7″ soon.

for now i’d like to wish you all happy holidays and all the best going into 2015.

these last several months i’ve been really busy recording lots of different people at my little studio on the oregon coast. 2015 will see the release of several records i recorded and mixed out here. among those wonderful musicians i’ve been recording is a gal named shelley short. what a beautiful voice! i don’t think she ever needed more than one or two takes on a song… and one night after shelley and i had finished our work for the day, we recorded a duet version of the christmas classic silent night. it was interesting to learn the words for the entire song! and so much fun to sing together with shelley. i know i’m a couple days late here, but i thought i’d post the song anyway.

in other exciting news, i’ve finally managed to tame one of the many stray cats that comes around my house to eat the cat food i leave out on the porch. my sister named this one socks . . . and wowww is she soft! 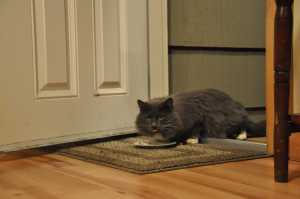