several exciting bits of news to share with you.

– after living about six years in europe, i recently relocated back to the state of oregon where i grew up, and planted myself in a small coastal town called pacific city. i felt it time for a break from city life, and i’ve always wanted to try living near the ocean. out here i am slowly but surely working on my next vocal based album for the bella union label, which i believe will drop at some point in the first half of next year.

– remember my first full-length album called float? well, my friends at erased tapes are reissuing this baby on vinyl, cd, and limited cassette! the music has been remastered by the amazing nils frahm, and if you ask me it sounds a hell of a lot better. in addition to this new pressing of the album, there will be a 7 inch that goes along with the album which includes one early demo from the writing process of the album, plus one brand new string duet recounting the melodic theme from float, which was written and recorded this year down in los angeles at the amazing fairfax recording studio. say hello to float 2013!

– since moving back to oregon i’ve become good friends with a music lover named andrew neerman who runs a sweet little record store called beacon sound. earlier this year, he started a record label with the same name and released a couple great cassettes so far, and now is trying to get funding to start releasing vinyls. the first vinyl release will be a collaboration between myself and gabriel saloman, and andrew has started a kickstarter campaign to support the project. please check it out and get some more info here!

– last but not least, my sister heather woods broderick and i will be doing a small strip of concerts together in new york this month. we are both usually so busy touring around that we rarely get to play music together these days . . . so we are really looking forward to share some songs on stage in a few intimate settings. check out the dates to the left! 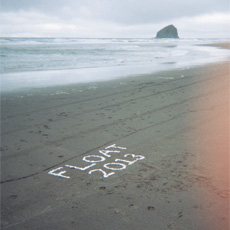