my dear friends at erased tapes are celebrating five years of being a record label. and they’ve put together a rather deluxe box of five 7″ records, with ten exclusive tracks from the label roster. 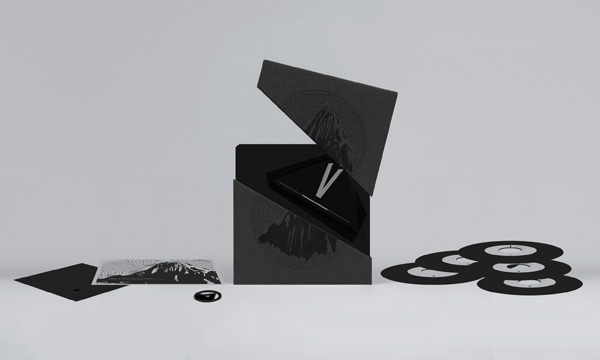 along with some of the other labels i’ve been privileged to work with over the last years, these folks have supported me and my musical habits in a way that i am eternally grateful for. so when they asked me to make a song for their five year anniversary compilation, of course i didn’t hesitate for a moment. robert raths (label founder) actually said to me, ‘i want you to make the best song you’ve ever made’. and although he was kind of joking, i took him rather seriously and set out to push my own boundaries a bit and make something special for him. i suppose as a recording artist i should always set out to make the best thing i can, and i think i do . . . but something about that comment from robert gave me some real motivation. so in the spirit of the five year celebration, i wrote a song in 5/4 timing, and made it exactly five minutes long. it’s called GIVE A SMILE IN 5. and i must say, i’m very proud of this odd little track . . . i had recently acquired a bunch of new studio gear at my place in berlin, so i was able to explore some exciting new sonic territory (think deep bass and tape delays). normally i would post the song here for streaming, but erased tapes has decided to make this compilation for vinyl buyers only until december, when a digital version will be available. so, if you can afford it, do think about supporting these wonderful folks and indulging in a very special item!